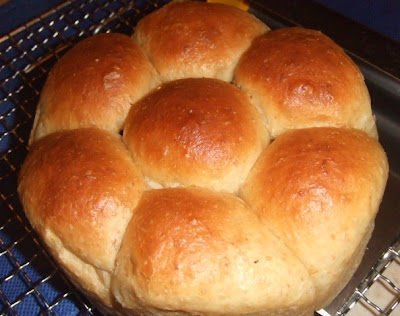 It's almost a year since made this bread. Though it was soft and fluffy, I didn't make it anymore cos I thought it does not keep well.

KWF the forummer who first posted the recipe mentioned that the problem could lie in my cream cheese, rather than the recipe. So I decided to have another go.

Apart from using a different cream cheese, I also added some wholemeal flour. Just a little, so as to retain the soft & fluffy texture. 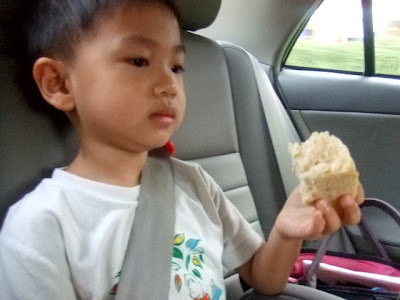 * changes that I made to the recipe:

I made the bread by hand, without stand mixer or breadmaker, using Dan Lepard's method... which save me the tedious kneading. Also, I did not have to add anymore flour to overcome the stickiness. I always follow his methods as far as breadmaking is concern, and have been able to get fairly good & consistent results.

Just a bit sidetrack to photography, I taken 3 pix of the same bread under different lighting condition. The first pix right on top was taken at night using flash.

This one below is taken at night without flash: 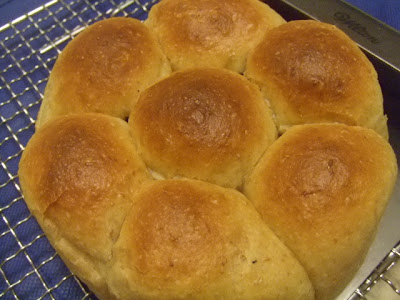 And the final one was taken in the day with natural day light: 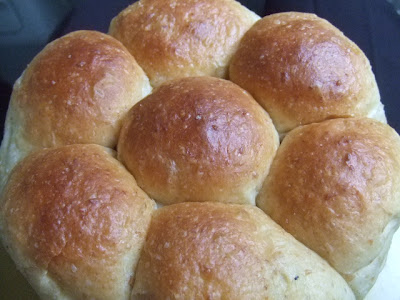 While most photographer will say natural lighting is best, but my favourite is actually the night flash one - I find that shows the brown shiny top best!
at 6:22 PM

Cookie
Singapore
A full time working Singaporean mum, domestic or whatnot. This is my space to record my life, food, culinary experience and random thoughts.

10 things to bake before you die

5. Betty Saw's Butter Cookie Use only the best butter pls!

10. Blueberry Muffin with Streusel (eggless) - a versatile muffin recipe that can be adapted to any fruits in season. The streusel is crowning glory!!!

Blogs where I Linger

Add it to your blog

MY MENU (Still under construction...)

Thanks for Visiting my Blog!